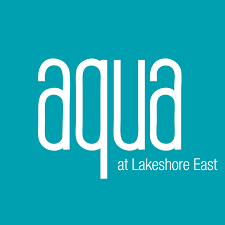 As part of their master-planned Lakeshore East community in Chicago, the Magellan Development Group had a bold vision for a visually striking centerpiece that would add to the city’s impressive architectural landscape.  Studio/Gang Architects helped to realize this vision with the design for the Aqua, which would be a unique project for all parties involved.  Project construction began on the 87 story mixed-use high-rise in late 2006, which included retail space, a hotel, condominiums, and rental apartments that totaled nearly 2 million square feet.

Because of the unique and cutting-edge requirements for the building, the Design Architect, Architect of Record, Structural Steel Design and Engineering Consultants were selected from locations around the world.  Finding the right tools to manage the project and its documents would be vital to the project’s success.

With such a geographically-dispersed team of designers and contractors, the chances for process delays when team members needed to review, monitor, and act on documentation were significant.  Some of the specific challenges included:

Based on experience from previous projects, the team selected PlansandSpecs as the tool for project management and document workflow.  Some of the key decision factors were that PlansandSpecs offered:

The Aqua at Lakeshore East has earned multiple awards since its completion, including the prestigious Emporis Skyscraper of the Year Award in 2009.  Despite demanding requirements, the project was completed a year ahead of schedule – due in part to the efficiency with which the team could handle documentation workflows.

“We had tried several systems on the web for project management and document control, but we found they didn’t get used by the full team,” said Kris Schwengel, SVP of Construction at Magellan.  “PlansandSpecs brought us together into one location which proved invaluable as the project progressed. Being able to login online and get to the current documents was very important to the project.”

When the Aqua project had finally been completed there was an active global team of more than 350 users, 2 General Contractors, and more than a dozen consultants requiring PlansandSpecs to process an impressive number documents and related actions.  Handling this digitally not only helped the team finish early, but saved significant money as well.

About Us
Case Studies
Blog + News
Contact Us
CLIENTS

MONDAY UPDATES FROM STRATUSVUE
Join the Monday Updates mailing list to keep up to date on the latest Product Improvements, integrations, events, and more …